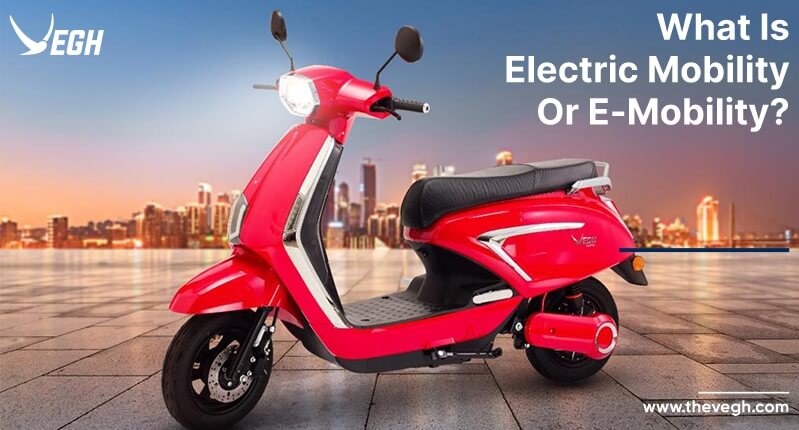 According to the definition, electric mobility includes all street vehicles powered by an electric motor and derive their energy mainly from the power grid – in other words, they can be recharged externally. In this blog, we will try to understand India’s entire electric vehicles industry ecosystem.

The use of electric cars, as well as electric scooters, electric bikes, e-buses, and e-trucks, is called electric mobility. They all have one thing in common: they are totally or partially powered by electricity, have a way of storing energy on board, and get most of their energy from the power grid. Electric cars are quiet, efficient, low-emission vehicles primarily utilized in cities for delivery services, taxis, and car sharing.

One of the primary benefits of electric mobility is that it enhances people’s quality of life by not causing any kind of pollution as the ICE vehicles do. Also, by pollution, we are not just talking about the harmful gasses, but also the noise pollution. EVs are quieter than ICE vehicles.

That is why it is regarded as critical to achieving sustainable mobility and is gaining increasing support worldwide through public policies such as electrification of urban public transportation, changes in tax policies, the development of regulatory frameworks, and even its incorporation into planned urban infrastructures.

The Electric Vehicle (EV) Ecosystem is Composed of:

Electric Vehicles are Classified by How Electricity is Used to Power the Vehicle:

The Charging Infrastructure Includes All the Technology and Software that Guarantees Energy is Transported From the Electric Grid to the Car:

Types of Electric Vehicles in India

What Are the Segments of the EV Industry?

The electric vehicle industry is divided mainly into 3 parts:

In the two-wheelers, a PMSM motor is used. PMSMs, like BLDCs, use permanent magnets in their rotors. PMSMs features a sinusoidal back electromotive force (EMF) waveform, unlike BLDC motors, which have a trapezoidal back EMF. They are suited for traction motors because of their simple construction, high efficiency, and high power density (common in hybrid vehicles, EVs, and buses). PMSM motors are more efficient than IM motors. The disadvantages of this design are expensive costs, eddy current loss in PMs at high speeds, and a reliability risk due to the possibility of magnets breaking.

The role of the controller is to control the power supply coming out of the battery and going to the motor. Controllers are attached to the motors. So basically motors and controls are considered as a single unit.

As a single unit, a motor controller is a combination of power electronics and embedded micro-computing elements that efficiently convert energy stored in an electric vehicle’s batteries to motion.

Other than moving energy from the battery to the motor to provide acceleration for the vehicle, motor controllers may also return energy from the motor to the batteries, allowing electric vehicles to brake more effectively than a basic mechanical braking system. This feature, known as “Regenerative Braking,” also helps the electric vehicle’s range by storing energy back in the batteries at each instance of braking.

No comments to show.
Order Now