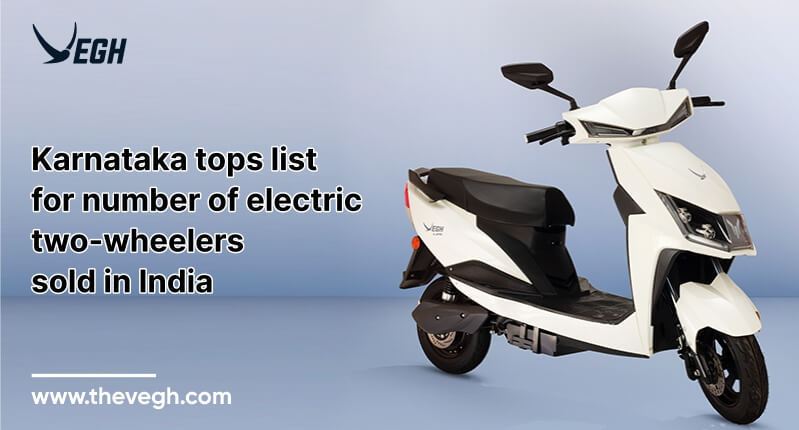 “Karnataka is leading the market of electric 2-wheelers in India. With more than 20K units sold, Karnataka is proving that India roads will be pollution free on time”

Bangalore has been leading EV sales in Karnataka, accounting for the biggest share of 57% of 20,059 sold units, of which 90% are exclusively electric two-wheelers.

The world needs EV adoption in all respects. All parties involved in the Indian context—consumers, government agencies, and OEMs—are motivated by the desire to develop the EV market to its maximum potential. A new analysis from CEEW-CEF predicts that the Indian EV market would reach Rs 16,24,722 crore by 2030, despite numerous studies also supporting this.

The acceptance is widespread, not just in Tier-1 states, which is more intriguing. The most recent statistics show a favourable trend, with Karnataka leading the way with a market penetration rate of 4.66 percent, followed by Goa and Maharashtra, which stand at 4.39 Percent and 3.14 Percent, respectively, for electric bikes and scooters.

Bangalore has been leading EV sales in Karnataka, accounting for the biggest share of 57% of 20,059 sold units, of which 90% are exclusively electric two-wheelers.

According to Vahan data, the nation’s total E2W sales for the month of June 2022 were a staggering 42,245 units, accounting for a 61 Percent share of all EV sales.